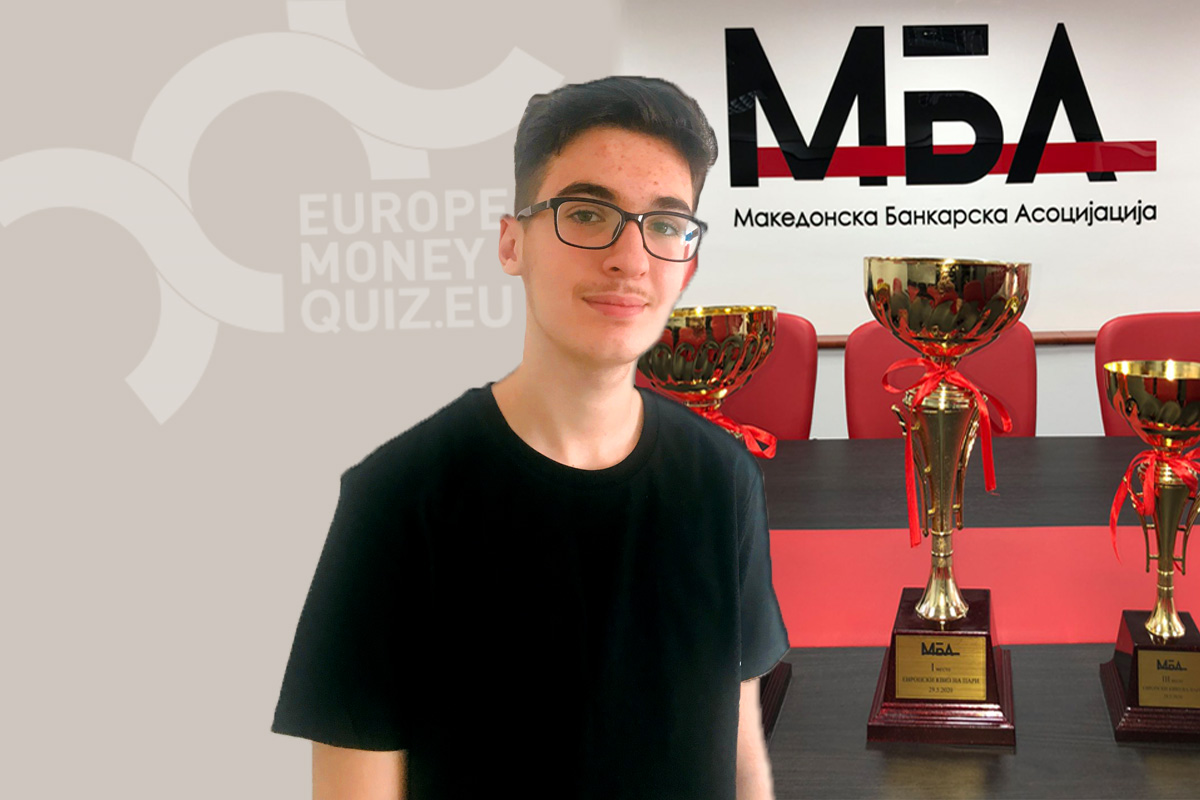 Edon Hambari, winner of the national competition of the European Money Quiz

This year’s winner of the national competition of the European Money Quiz is Edon Hambari.

He is an excellent student at the primary school “Ismail Qemali” in Cair, Skopje.

He won the first place at the Regional Mathematical Olympiad organized by the Association of Mathematicians and Informatics “Pascal” in 2016, 2017, 2018 and 2019.

In 2016, he won the first place (second prize) at the Regional Mathematical Competition organized by the Association of Mathematicians of Macedonia.

In 2015, he won the BRAINOBRAIN National Abacus Competition.

Edon is also an excellent athlete, football player (goalkeeper) at the youth school of FC Rabotnicki-Skopje.

He has won many awards and recognition in international and state tournaments and championships with his football club.

Today, in a competition of 469 competitors, he won the first place in the national European Money Quiz competition.

Read more about the competition here.