Home /  About us /  Presidency 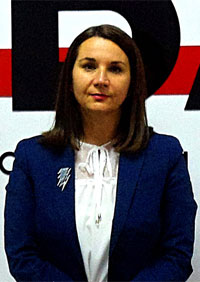 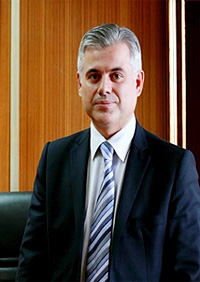 Mr. Toni Stojanovski is Chief Risk Manager and member of the Board of Directors of Stopanska Banka AD – Skopje (since July 2010), in a period when the Bank has achieved excellent results. On this position he comes from the National Bank of Republic of Macedonia where he had successful long career which culminates with the position Acting General Manager of the Division for Banking Supervision, Regulation and Financial Stability.

With Master degree in Monetary Economics and banker with years of experience on responsible high positions in the Central Bank and in the commercial banking, Mr. Stojanovski has made a significant contribution to the development of the banking in the Country. He is actively participating in the Banking Association of the Macedonian Chamber of Commerce in the period prior to the establishment of the Macedonian Banking Association, in the Academic Council and Managing Board of The Academy for Banking and Information Technology (since June 2014), in the Board of Directors of The Macedonian Stock Exchange AD Skopje (non-executive member since November 2016) and through many other activities. In the period 2014 – 2018, he is the Chairman of the Supervisory Board of the Macedonian Chamber of Commerce.

As Deputy Chairman of the Macedonian Banking Association he was appointed on April 20, 2018 with the establishment of the Association as an independent body for achieving the common interests of the banks and betterment of their overall operations. 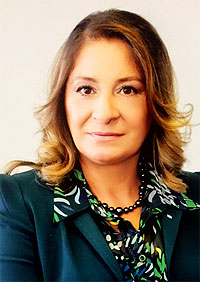 In the course of her work, Ms. Perchinkova has been contributing to development of the financial markets in the Republic of Macedonia, as president of ACI Macedonia – the Financial Markets Association (from 1997 to 2008).

In the period from 2012 to 2016 she was a member of the Board of Directors of the Economic Chamber of Macedonia.

Since 2013, Ms. Perchinkova has been President of the Board for Cooperation and Public Confidence at the Faculty of Economics at the University “St. Cyril and Methodius “- Skopje, and from November 2017 she is a member of the Managing Board of the Deposit Insurance Fund of the Republic of Macedonia.