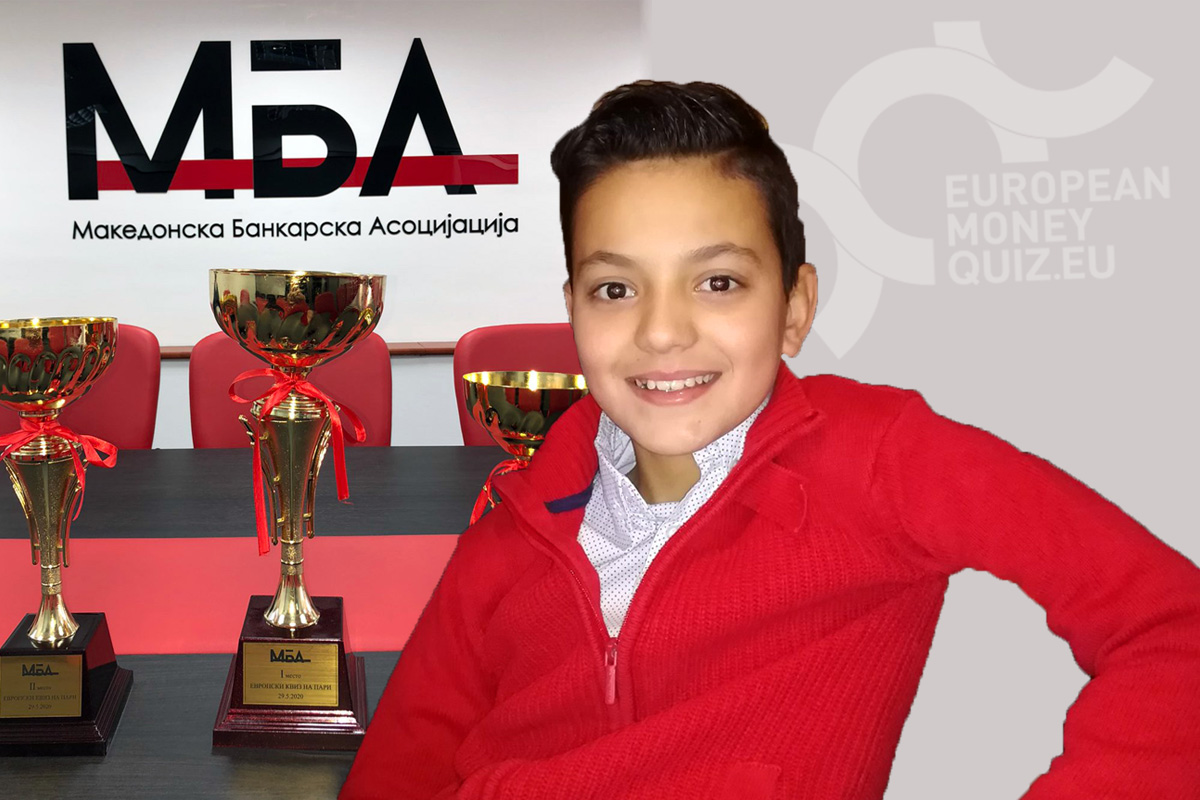 Andrej Shumanski was born on November 19th 2006 in Skopje. He is an excellent student at the primary school “Kiril Pejcinovic” in Skopje.

He has always been fascinated by numbers and math. He won the second place in 2017 and the third place in 2019 at the Regional Mathematical Competitions organized by the Union of Mathematicians of Macedonia.

Andrej is a great athlete who is training tennis for almost eight years, for which he has won awards and recognitions at state and club competitions.

Today, in a competition of 469 competitors he won the second place in the national European Money Quiz competition.

Read more about the competition here.