The National Bank hosted a working meeting with the teachers – coordinators from primary and secondary schools in the country which will participate in the European Money Quiz. At today’s event, held in our country for the first time and organized by the Macedonian Banking Association, the Ministry of Education and Science, the National Bank and the Securities and Exchange Commission, individual phases and training for preparation of the competition aimed at financial education of youth aged 13 – 15 years, were presented. 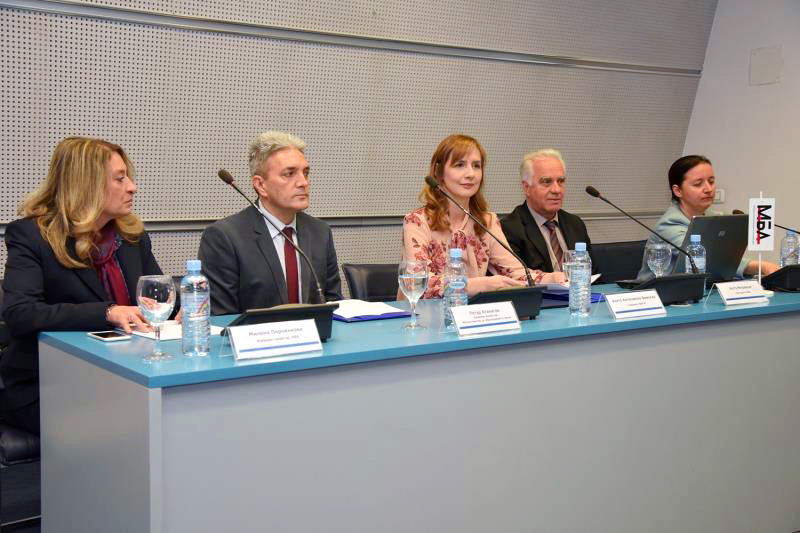 In her opening address, the Governor of the National Bank, Anita Angelovska Bezoska pointed out the importance of financial education, emphasizing that the European Money Quiz, as an initiative of the European Banking Federation, has united the financial regulators and banks, as well as the educational institutions in the country, in order to attain a very important goal, that is improvement of the skills of the youngest in the domain of finance, which contributes to improving their knowledge and ability to face future working and life challenges. The Governor Angelovska Bezhoska expressed her exceptional satisfaction with the mass response to the call for the Quiz, given that the number of registered classes is much higher than expected, estimating a number of around 3,000 students from all over the country to be involved in the internal test phase.

“This approach, by including entire classes, enables all these students to become familiar with the issues of financial education, with aspects related to the operations of the central bank, commercial banks, securities markets. This is a significant benefit and, at the same time, the goal of the initiator and the organizers – a massive scope, broader education” – emphasized Governor Angelovka Bezoska. 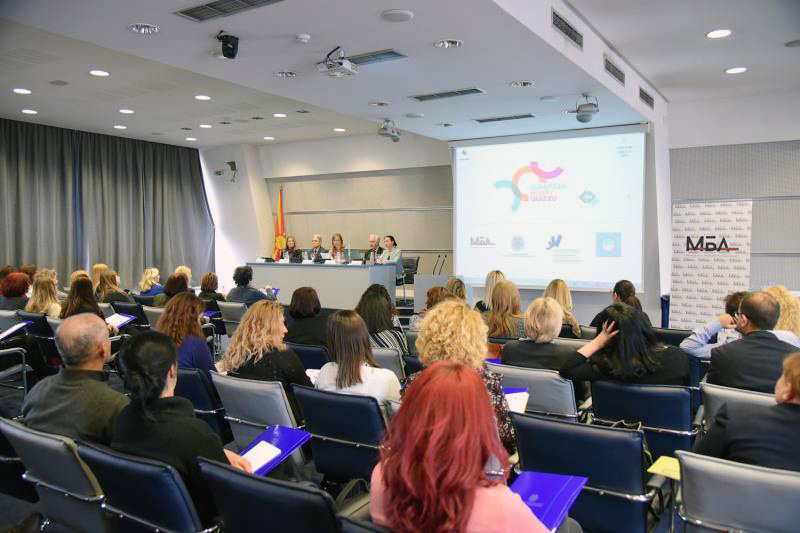 The Deputy Minister of Education and Science Petar Atanasov also addressed the meeting, stressing, among other things, that the training and education of young people is a priority of every society. He reminded that in the context of achieving this priority goal, the Ministry signed a Memorandum of Understanding with the Macedonian Banking Association, which envisages joint activities that will contribute to improve the financial literacy and education among young people and implementing projects, trainings, seminars and competitions in the field of finance and economics. One of those activities is the European Money Quiz. The Ministry of Education and Science will support this activity by establishing contact with primary and secondary schools. “We hope that the participation of a large number of students will contribute to higher quality and success of competitors both in national and in international frames.” – stressed Atanasov. 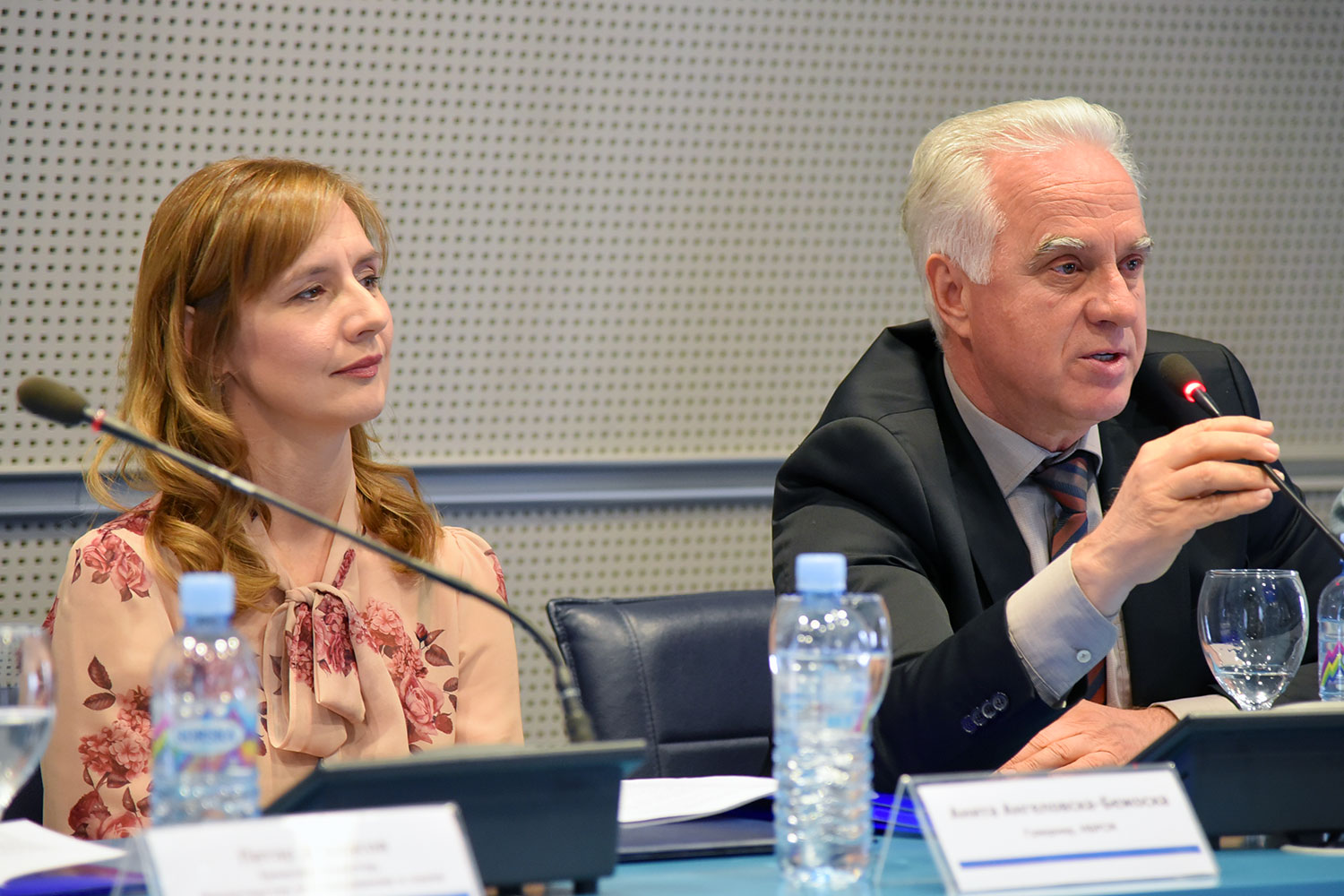 The attendees at the event were also greeted Mr. Kosta Mitreski, President of the Macedonian Banking Association, while Ms. Milena Percinkova from the Association has held a presentation pertaining to the course of the competition. Subsequently, the Chief Economist of the National Bank, Ms. Aneta Krstevska presented the financial education materials from the National Bank, which pertained to personal finance, money and banks, together with a review of the quiz questions. The Securities and Exchange Commission’ materials for the Quiz preparation were presented by .Ms. Ivana Bolat.

The coordinators were also informed about the overall administrative procedure for holding the Quiz. The competition for the European Money Quiz will take place in three stages. On March 13, the first preparatory tests within the reported classes will be conducted, while the second preparatory test will be held a week later. The best of these two tests will compete in the finals, to be held in Skopje on 27 March, after which the two best students will be selected, who will represent the country of the European Money Quiz in Brussels on 7 May.

It is expected that the activities related to this Quiz will significantly contribute to raising the level of financial education of the youngest in the country. 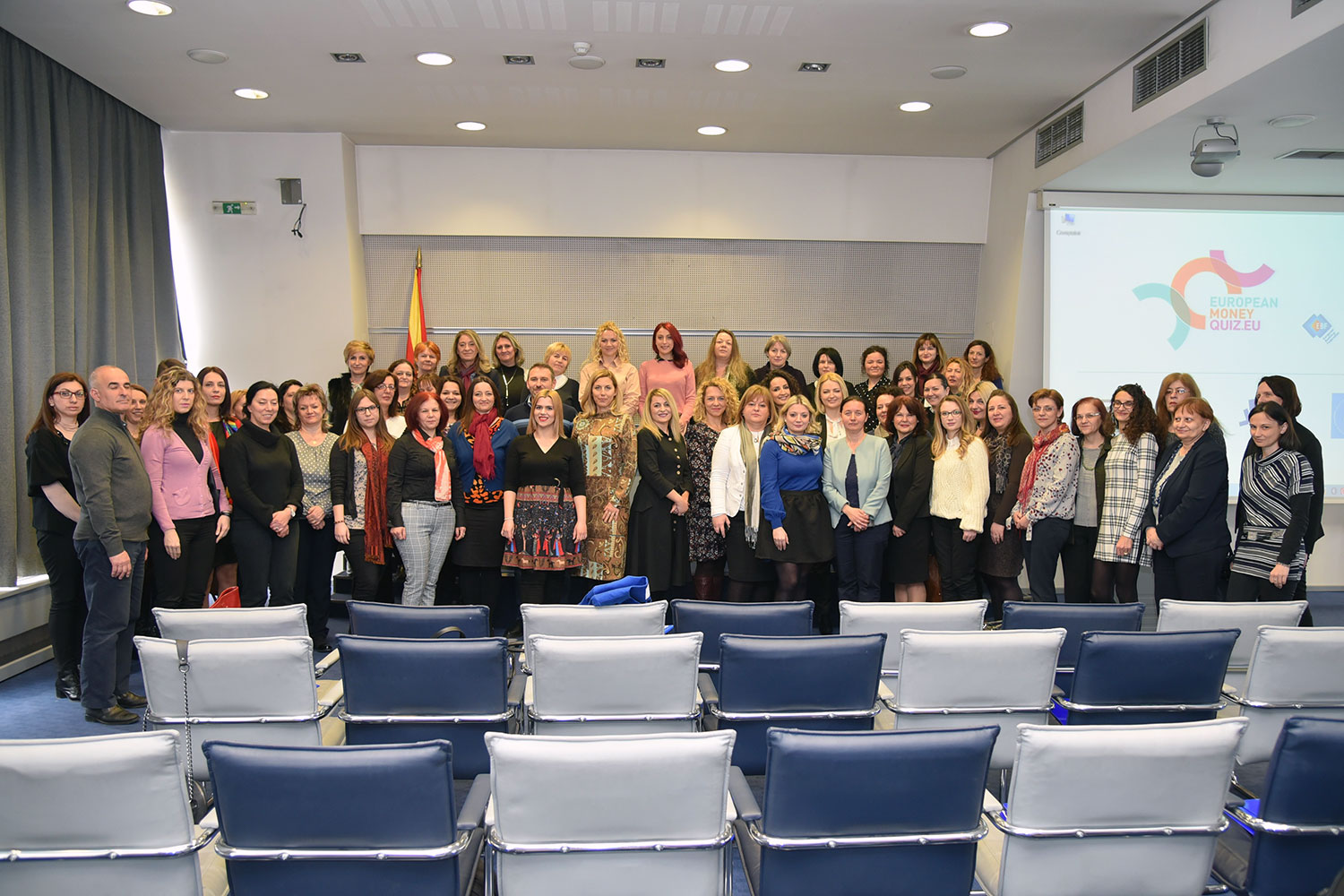